Film
86 %
This campaign will keep all money contributed.
Contribute Now

INDIVISION2000 Productions has most recently written, directed, and produced (and currently in post-production)  CREO.8 Latina Heroines, a digital media series (non-union, low-budget, sci-fi) empowering women who actively utilize their S.T.E.A.M. skills in a futuristic Los Angeles.  This series seeks to inspire women toward seeking careers in the tech and art fields (much like the CSI series having encouraged many to seek those studies in college).
As part of Panavision's "New Filmmaker's Program," with donations of an Arri Alexa XT camera package, locations from L.A. Center Studios, The Relativity School, and help from L.A. Film, and the L.A. City Mayor's office

CREO.8 Latina Heroines is proud to have teamed with Listo America, a 501(c)3 non-profit educating and inspiring youth toward pursuits of S.T.E.A.M.-related careers funded by Intel.  [ListoAmerica.org]

CREO.8 Latina Heroines was originally part of an initial directive as the first original programming content to be distributed through to 59 million viewers, with coverage reaching 90% of the Hispennial market via a multi-platform, 44+ over-the-air stations, as part of IPTV on Roku and XBox, Mobile through
App and On-Line access. 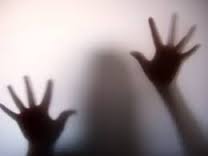 Having grown up in a mixed-race home, my mother, third generation American of Mexican: Spanish, Native (Aztec), German & French descent in a rurul town in Texas -- Van Horn to signs that read "No Niggers, No Mexicans, No Dogs, No Jews," she felt un-included, not belonging, less than.  She ended up running far away from there,  to began her "new life" as 'Lynn' to try and fit into the white life that was more accepting of her.

She started her own family of 4 daughters, who only learned that she wasn't an only child and her real name wasn't 'Lynn'...3 decades later...   My mother's birth name is Maria de la Luz (Mary of the Light), and she came from a family of 7 other siblings - none of whom I ever was to meet.   When Luz began to reveal the truth of who she was/is and where she came from, I vowed to ensure that no other little girl of Mexican-descent (or any other ethnicity) growing up in America (especially as a third generation) would not be made to feel "less than," "un-included" nor "un-equal."   Thus, the projects I create are to personally engage, empower, and elevate those who have been systematically relegated to the "back of the bus..." -- in this case, my mother -- a diverse woman with over 100 years of indigeneous ancestry in North America and within the borders of the United States of America.

INDIVISION2000 Productions, led by Award-winning writer, director, producer, Cheryl Quintana Leader (UCLA) is best known for previous projects such as the short doc, "The Purepecha: Poorest of the Poor," cited by First Lady Michelle Obama and Oprah Winfrey and having aired on TimeWarner Cable, as well as having been a factor in getting 50 new homes built for our migrant farm-working families in the Coachella Valley.